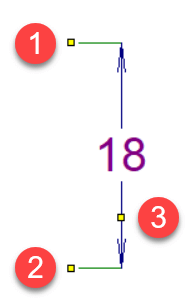 Draws a horizontal or vertical dimension.

Draws a dimension at any angle

or select command Draw - Aligned dimension. The next procedure is the same as for linear dimensions.

Difference between linear and aligned dimensions:

Used to dimension the diameter of a circle. Click the icon

The program contains several predefined dimensioning styles. Each page may have a different dimension style set.

Right-click the drawing, select Page Settings from the menu and select the Dimension Style tab. A dialog box appears, which allows you to: 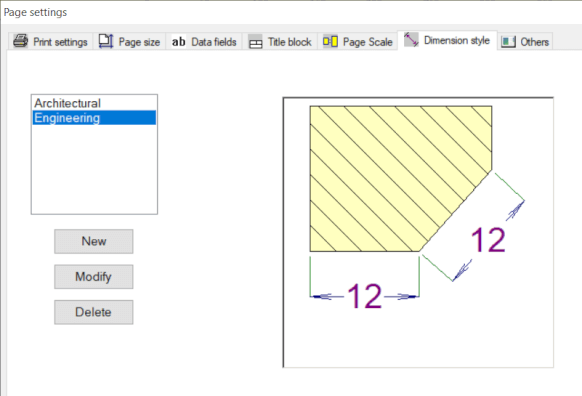 Clicking on the button New or Modify brings up a dialogue window where you can modify the properties of the dimension style. The dialog box also includes a dimension style preview that illustrates the meaning of all parameters. 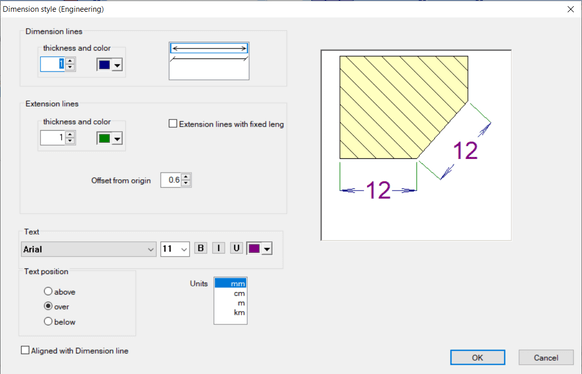 You can enter custom text in the Properties panel.